I’m back! It’s been a while. Like, a really long while. Life is busy, I’ve had a cough for about six weeks now that I’m so, so, so over, but my energy levels are slowly building back up, so I’ve been cooking up a storm in the kitchen.

I recently received a free copy of Real Life Kosher Cooking by the amazing Miriam Pascal of The Overtime Cook for review, and I was so excited to dig into this cookbook, mostly because the title suggests some quick, easy, “real life” recipes for busy folks like you and me.

When I get cookbooks for review, the first thing I do is dig through the cookbook quickly to see whether there’s a good balance of vegetarian recipes and desserts mixed in with the typical meat recipes. Since we’re vegetarian at home, it’s important that a kosher cookbook offer up plenty of options for those meatless evenings. Likewise, I like to see if the meat recipes are easily convertible into vegetarian dishes using mushrooms, tofu, and other easy substitutes.

Guess what? This cookbook has it all … and you won’t spend all day in the kitchen.

Next up, I pick out a few recipes that I think I’ll love (okay, that my family might enjoy, too), and in this case, I zoned in on one recipe in particular: Cinnamon. Bun. Pie. 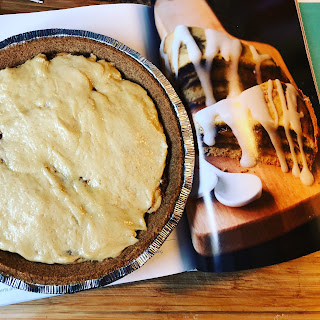 Yes, I’m gluten-free (not by choice, believe me), and this Cinnamon Bun Pie recipe was screaming my name. I love love love love love cinnamon rolls. Back when I lived in New Jersey and traveled into the city almost daily for school at NYU, I’d walk past that Cinnabon in the bus station and die. Like, just melt. Not only wasn’t it kosher, but it wasn’t gluten free. Since then, I’ve attempted to make gluten-free cinnamon rolls, I’ve tried (and tried again) the Udi’s Cinnamon Rolls, and I’ve been nothing but disappointed and irritated with the amount of work that goes into making my own. 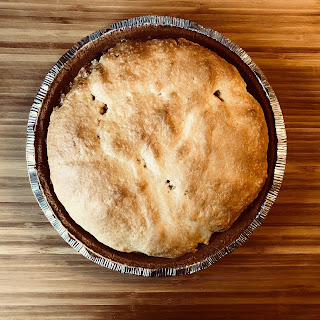 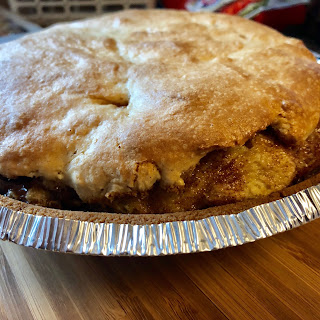 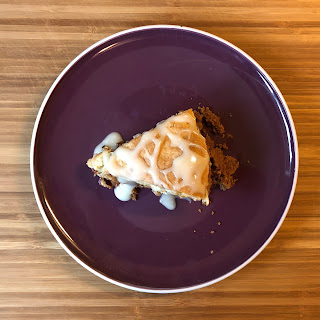 Enter Miriam Pascal and the Cinnamon Bun Pie! Now, her recipe isn’t gluten free, but with two easy substitutions (Cup4Cup flour + a gluten-free graham cracker curst) … *poof* … gluten free. I don’t know how the regular, gluten-y dough works out in this recipe, but with the gluten-free version I found that the easiest way to “build” the pie was to pop on some gloves, spray them with oil, and press the dough into the pan. It made it so easy to build the pie, especially the second layer that needed to be spread around, and it got me closer to baking and eating it. 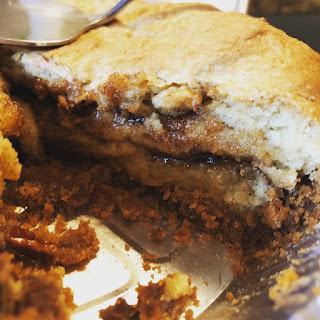 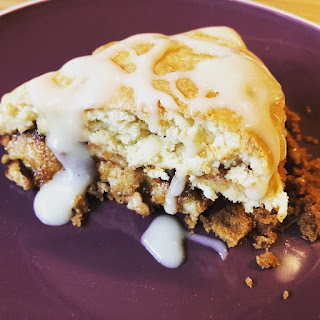 What can I say? This is hand’s down the most delicious cinnamon roll I’ve ever tasted in my life. The center of the pie stays moist and gooey, while the edges bake into that perfect crispy, crusty cinnamon roll that you want to douse in more and more frosting. I was apprehensive about the graham cracker crust, but it plays perfectly into that cinnamon goodness. The other great thing about this pie is that it’s incredibly rich, so small pieces with plenty of frosting go a long way. Even my husband enjoyed it. I might cut down on the amount of sugar the next time I make it (like tomorrow), but otherwise the easy is exactly what you’re looking for:

Of course, after I made the Cinnamon Bun Pie I realized I needed to sample a few more recipes, preferably of the savory variety, to balance out my love of sweets and desserts. With Shabbat on the way last week, I decided to go Asian. I made my own recipe for Garlic Roasted Eggplant and paired it with two recipes from Real Life Kosher Cooking: Garlicky Roasted Mushrooms and Snow Peas + Sauteed Cabbage and Vegetables. 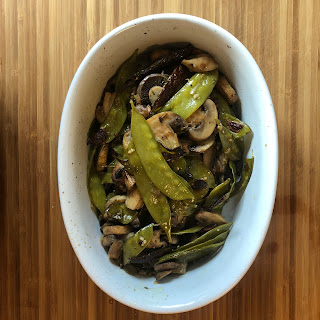 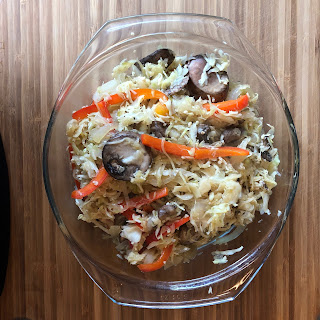 These two recipes were the perfect centerpieces for our Asian Shabbat dinner. The mushrooms and peas had an excellent crunch and plenty of flavor, while the cabbage and vegetables truly tasted like the insides of an egg roll. I do think next time I’ll do something to add a bit more texture to the cabbage, because my husband commented that it was missing a bit of crunch and a bite. In the cookbook, Miriam does say that both of these dishes are best served fresh, and I did warm them up for Shabbat dinner, but the integrity and flavor of both of the dishes stood up to being reheated.

I’m eager to try so many of Miriam’s other recipes in this cookbook, because even the recipes that look challenging turn out to be extremely quick and easy (I’m looking at you, Cinnamon Bun Pie).

Have you seen this new cookbook? Which recipes from The Overtime Cook are your absolute favorite?

Social media and content marketing maven Chaviva Gordon-Bennett was born in Missouri, bred in Nebraska, and currently hails from Denver by way of Washington, D.C., Chicago, Connecticut, Colorado, and Israel. With a Bachelor of Journalism from the University of Nebraska-Lincoln, Chaviva worked as a copy editor for The Washington Post and as an editor and assistant to a Nobel-prize winning economist at the University of Chicago. Chaviva then received a masters degree in Judaic studies from the University of Connecticut and pursued second and third masters' degrees at NYU before deciding to make aliyah in 2012. In Israel, Chaviva met her husband, Tuvia, got married, and had her son Asher in 2013. The family moved back to the U.S. in 2014, and they now reside in Denver, where she had her daughter Tirzah in 2016.